These were a fun little art project. Let me remind you what they looked like when I received them:

Using an X-ACTO knife, I cleaned out the grooves and tried to smooth out any rough parts on these props. Once I was satisfied with the grooves, I spray painted them flat black.

Spray painting the booster controls. I made sure not to fill the grooves with paint by overdoing it with the paint.

Using a brush this time, I slowly applied a layer of silver Rub-N-Buff to give it a dirty, metallic look.  I left the center button black to match the film used prop. When I liked the look, I sprayed it with a coat of glossy Deft to protect the paint.

One thing I noticed with the Rub-N-Buff is that it NEEDS the clear coat. With paint, you can get away without the protective coat.  You would be taking a chance that the paint chips, but you could handle the prop carefully and get away with it. Not so with Rub-N-Buff. Because it is wax based, a thin coat never really seems to dry completely. It will rub off and blemish if touched with enough force. Just a word of caution there.

Anyway, here is a step by step look:

Finished product on the right. Thoughts?

These controls are another small detail which I probably could have skipped.

As a reminder of what these are and where they fit in the overall outfit, here’s a (somewhat blurry) screenshot of Star Lord’s leg:

See the booster control on the leg?

At first, I thought about making them.  They don’t seem terribly detailed. In preparation, I began looking around for close ups and other fan made mock ups to base my model off of.

While searching, I ended up on Etsy and found some cool models for sale.  One, in particular, caught my eye. A shop called Nova Props cold casts rocket booster controls from hard plastic. What sets them apart from other fan made props is the strong magnets inserted in them. Nova props sells the controls with iron on patches containing magnets of their own.

Buying these meant that I didn’t have to spend time figuring out how to attach the controls to the pants. Definitely a time saver. Here’s some shots of the controls taken after I received them: 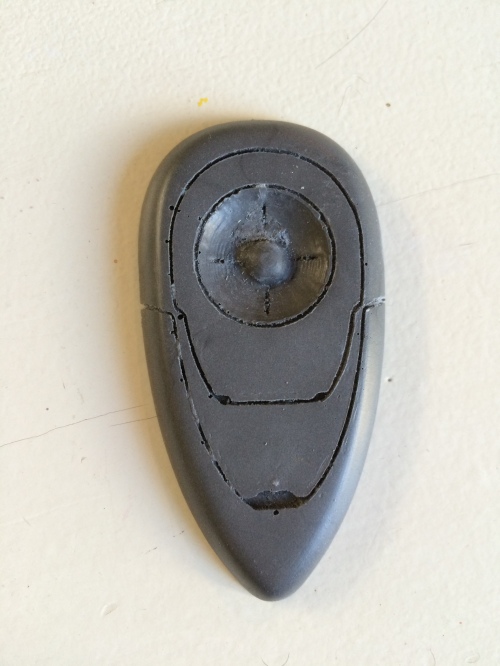 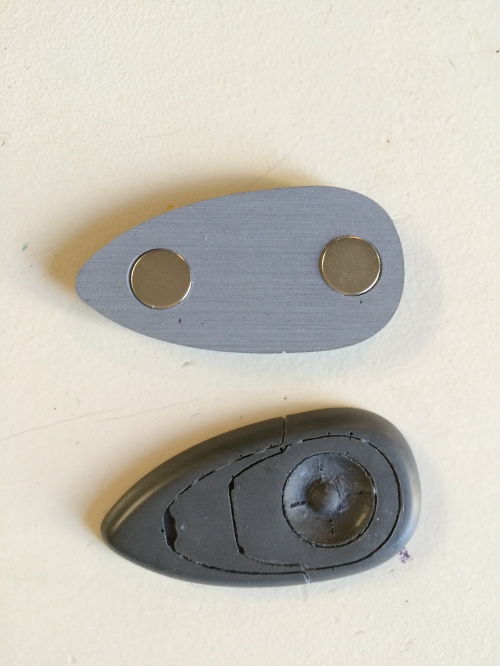 This shows the front and back. You can see the magnets. 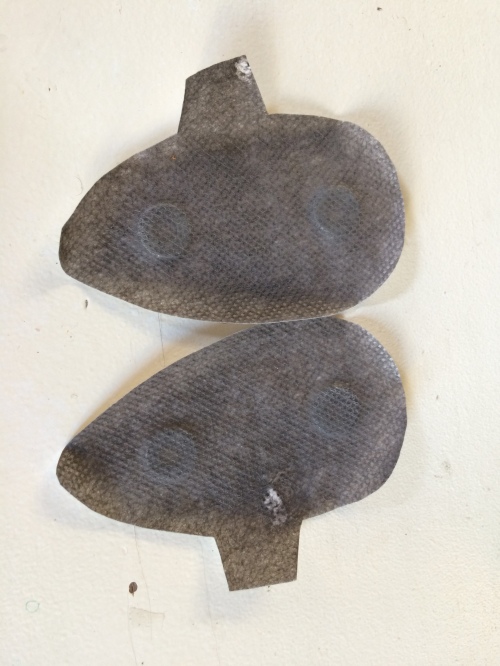 These are the rocket control patches.

As you can see, the controls need some finishing work. Shouldn’t be hard to finish them in the same way I did the rocket boosters.

One step closer. It’s amazing how many steps there are to getting this done.